IMPORTANT FOR NEEDED EVENTS!!!
If you need an event for your extension please read this for the steps to follow to request the event(s)
Post Reply
430 posts

First of all thanks for this nice extension.

I wonder if is there a way to put a different custom banner to each forum?

Thanks a lot!
Top


I agree on this one. There is an extra line on mobile devices right above the site description. Can this be fixed ?
Top

Please give details as per second post in this topic
David
Remember: You only know what you know and - you don't know what you don't know!
My CDB Contributions | How to install an extension
I will not be accepting translations for any of my extensions in Github - please post any translations in the appropriate topic.
No support requests via PM or email as they will be ignored
Top

I use prosilver and it happens with every browser on mobile devices:

Thanks for this extension, David. Adding a background image is a nice touch. However, it looks to me like it is scaling the image to fit the browser window - is that correct? Might it be possible to provide an option for background-repeat? I have a smallish, low contrast emblem that I'd like to appear replicated in the background, but it appears to be scaling. (I don't see any reference to a background image in site_logo_common.css, but perhaps I am looking in the wrong place.)

Many thanks for this.
Dan
Top

Ah! I see - background-repeat is set to no-repeat in site_logo_fn.js. I commented that out - along with some related attributes - and achieved the effect I wanted:

Would you consider adding that as an option in some future release, David?

David, this is a very useful extension that as I've previously posted I believe is helpful to all board admins. That said, I cannot help noticing the feature creep in the various requests and additions that have been made over the past few release candidates (RCs).

I'm another one who's been testing it and seen this issue where the default phpBB logo flickers briefly, both on a localhost test environment and on our test board at our hosting service. I'm left to wonder, based on this post, whether the "extra" features beyond "Replace the standard phpBB logo with own custom logo." might be playing a role in causing this to happen?

Here is the German translation for the actual github version 2.1.0RC5, if someone needs it.

Question: if I am using several styles and I want to use their own colours, but the same sized logo or banner for all - how should I do this? Where should the image be - in all style/theme/image folders if they are different (but how to set the path?) or one single banner located where? ROOT/images?

interesting extension, that's sure.
Webseite, Blog, Wiki Deutsche Übersetzungen - german language files
My 2 cents: Whether an extension is in the CDB says nothing about its quality. It is more important to read the support topics for it. Better to avoid authors who do not answer support questions themselves, who do not update their stuff, and who do not fix bugs for years.
Top


Using IE11 (Windows 10) it is not possible for me to use the extension as the boxes for "Header Bar Colour" and "Override Colour" will not accept any input - the error "you must enter text with 6 or fewer characters" pops up, even though there are only 6 characters.

pistebasher wrote: ↑
Mon Feb 13, 2017 9:29 am
Using IE11 (Windows 10) it is not possible for me to use the extension as the boxes for "Header Bar Colour" and "Override Colour" will not accept any input - the error "you must enter text with 6 or fewer characters" pops up, even though there are only 6 characters.

Fixed in next release


I agree on this one. There is an extra line on mobile devices right above the site description. Can this be fixed ?


Can this be fixed please ?
Top

I uploaded to the ext directory: 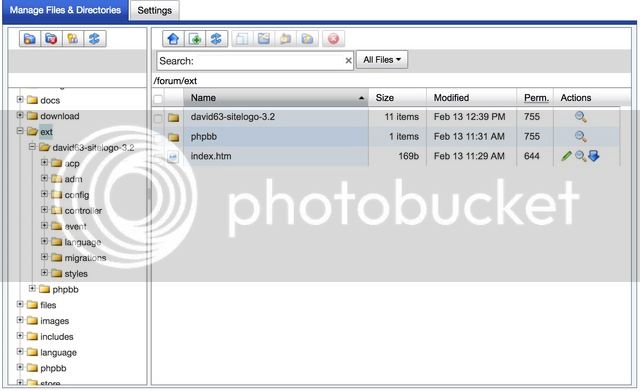 I don't see where to enable in extension manager: 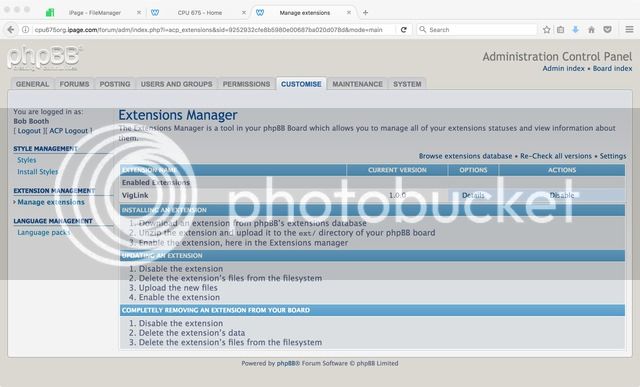 I'm not good at this type of thing. I'm trying to understand why the extension doesn't show in Extensions Manager. I'm probably missing something obvious. Any ideas?